In a number of places you are able to select some of your bidders to work on, for example, in choosing bidders:

In all of these cases the same control is used to select the bidders: 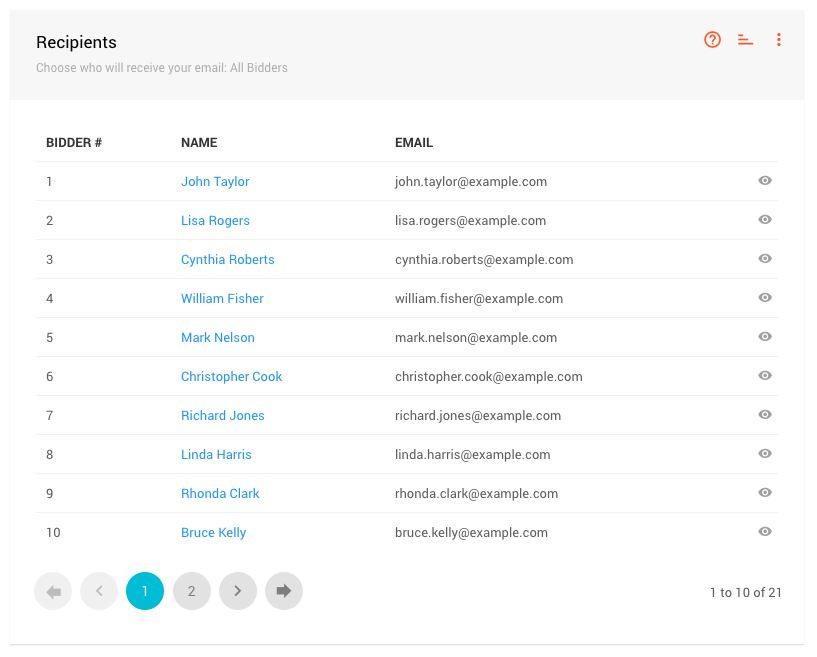 An example from the Bidder Statements "Recipient" selection list.

The default for the Choosing Bidders panel will be relative to the function you are working with. The current selection of bidders is shown in the main part of the window. You can page through the bidders using the pagination buttons at the bottom if there are more than fit on one page.

You can filter the bidders by clicking on the options icon (3 dots): 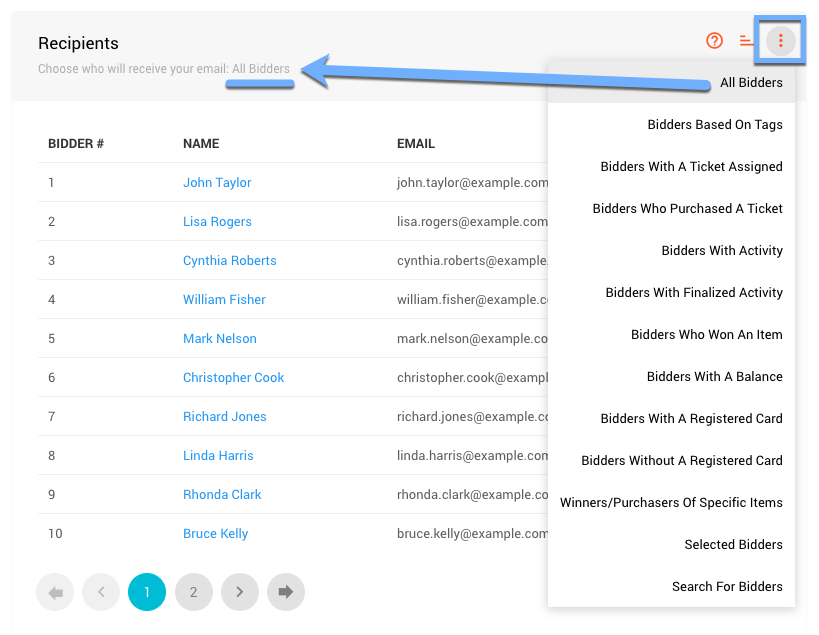 Also note how the current filter is displayed in the relevant "Choose..." reference.

Selecting one of the filter options will update the displayed list of bidders to reflect that choice.

# Bidders Based On Tags

This option lets you enter tags which will then be used to find bidders with any one of the tags.
You can also invert the selection to only choose bidders that do not match the tag. 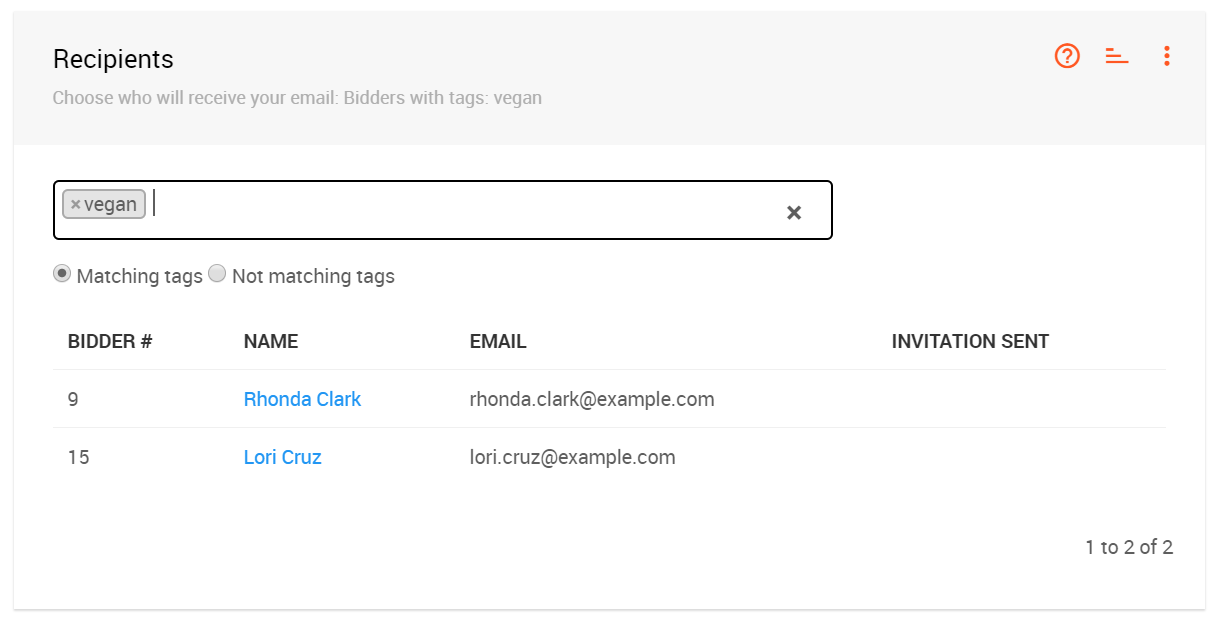 # Bidders Who Purchased A Ticket

If you are selling Ticket items (generally those that represent an admission to the event), this will display the bidders that have purchased a "Ticket".

Only bidders that have activity will be listed. This would include bidders that only have in-progress winning bids, but may not have anything that appears on a statement yet.

Only bidders with activity on items that have closed, have purchases, donations, or made payments will be listed.

# Bidders Who Won An Item

This will list those bidders that have a final winning bid for an item.

# Bidders With A Balance

Only bidders with a non-zero balance will be listed.

# Bidders With A Registered Card

Only bidders with a registered credit card will be listed

# Bidders Without A Registered Card

Only bidders without a registered credit card will be listed

Using this filter will also require you set the specific item through a standard item choosing drop-down selector.

This option allows you to search for bidders and select them one at a time.

This option allows you to enter search criteria to find matching bidders.

In some cases it is helpful to be able to influence the order the bidders are listed in. You can adjust the sort order by clicking on the "sort" icon and choosing either Bidder#, Last Name, or Table#.

An example from the Bidder Statements "Recipient" selection list.

The bidder order may not matter when copying bidders from one event to another but, for example, when printing statements it can be helpful to sort the bidder list by their Last Name field rather than the default Bidder# field.