On This Page
Adding To New Donor
Adding To Existing Donor

One or more images may be added to each donor record. By adding an image to a donor, that image will be available to be included in the auction catalog and on gift certificates.

Screen resolution images are best kept less that 1MB in size with an original source image size of no more than 1000px which will be resized as necessary. Also Also, ideally, the logo should be "square-ish" rather then wide and short, or tall and narrow. PNG and JPG file formats are accepted.

When first creating the Donor record, to add an image click the Logos heading to expand the Logos section. 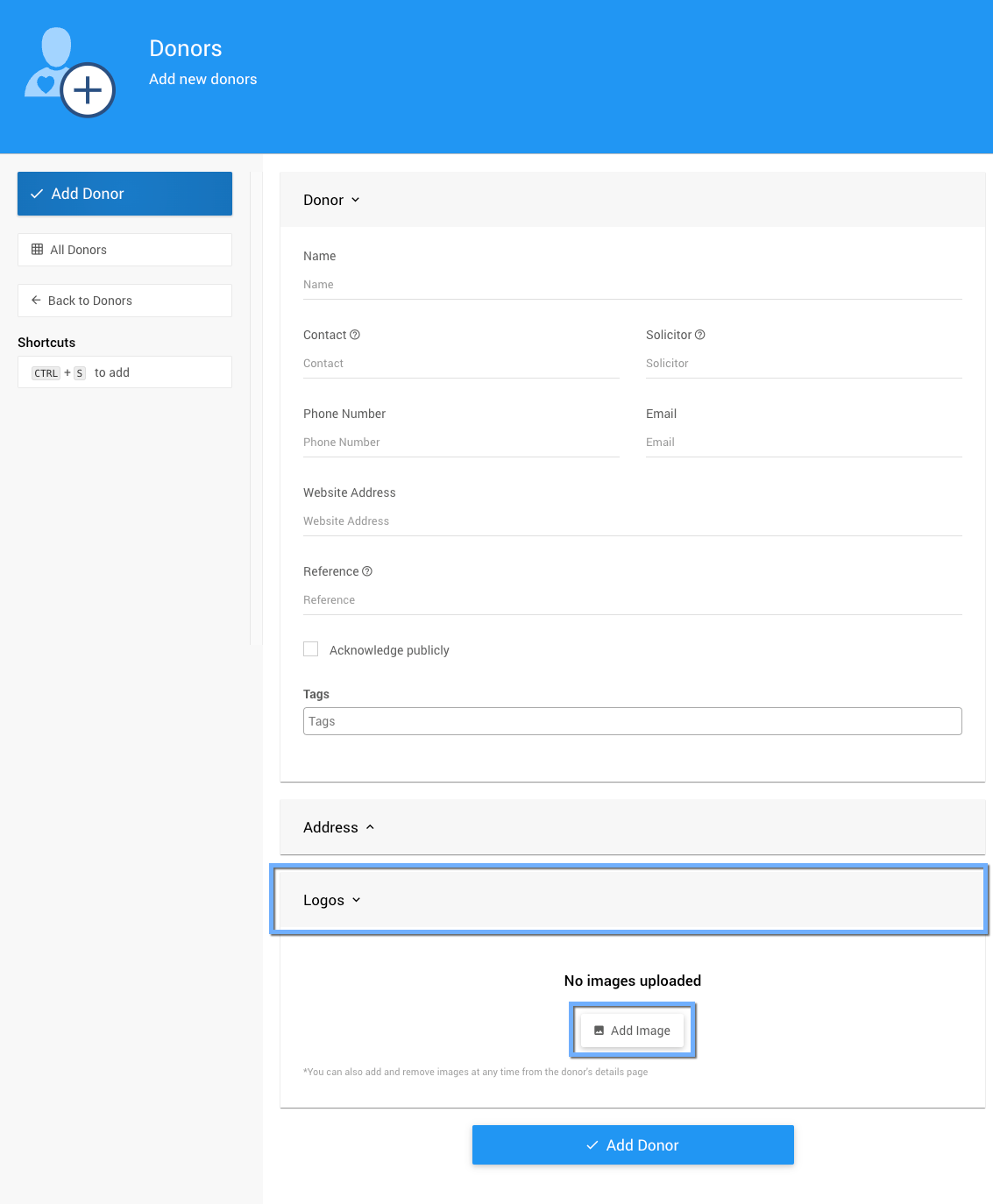 To add an image to an existing Donor record, open the Donor record and select the Images tab.

An example taken from a demonstration event.

The precise dimension is not critical (since screen sizes will vary) although a width roughly in the following ranges will work well in most cases: