All examples taken from a demonstration event.

To change individual bidder numbers, open the Bidder Detail page for that bidder and edit the bidder # manually. 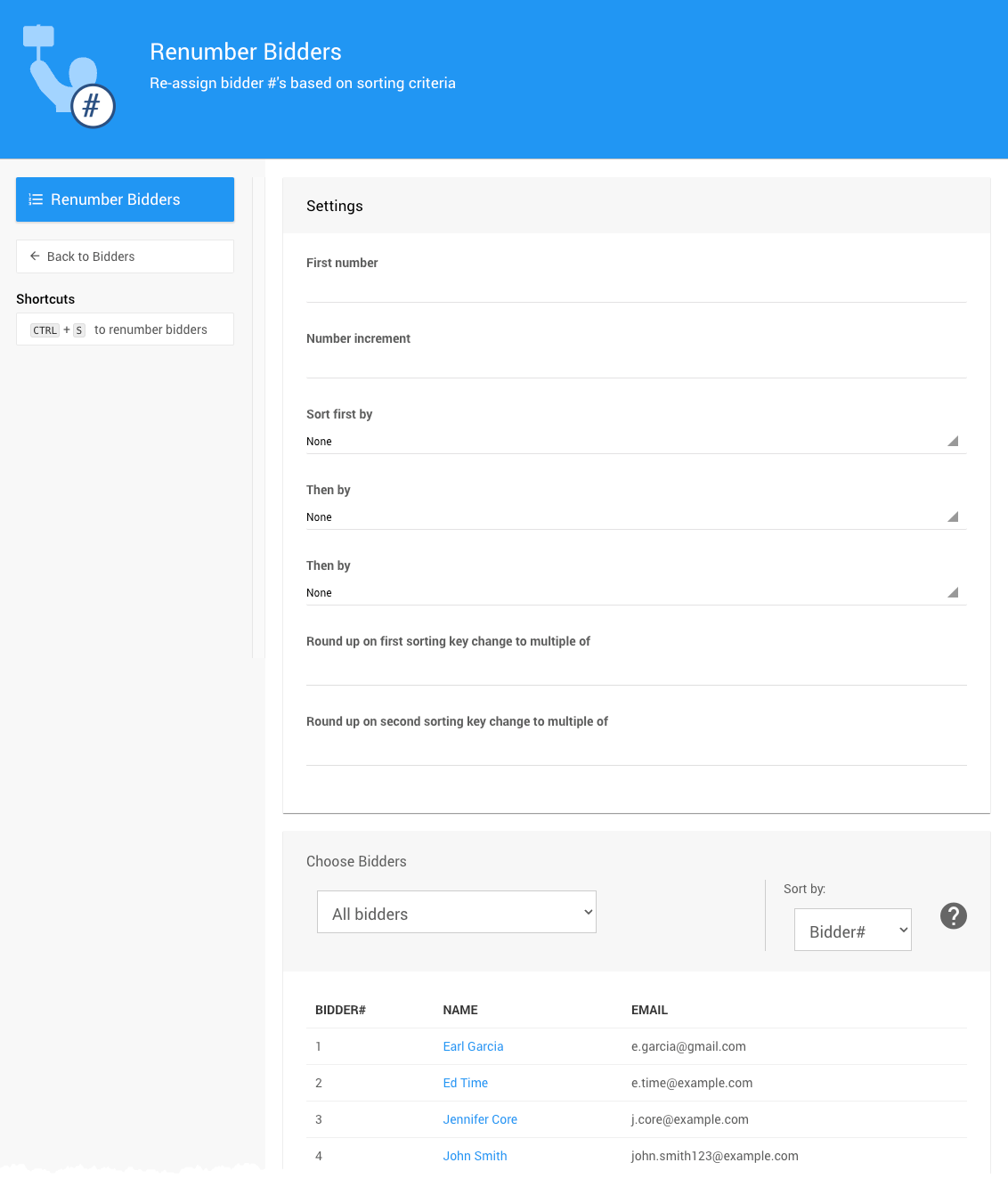 It is also required to set at least one (of three) sort criteria for the Renumber Bidders function to use. 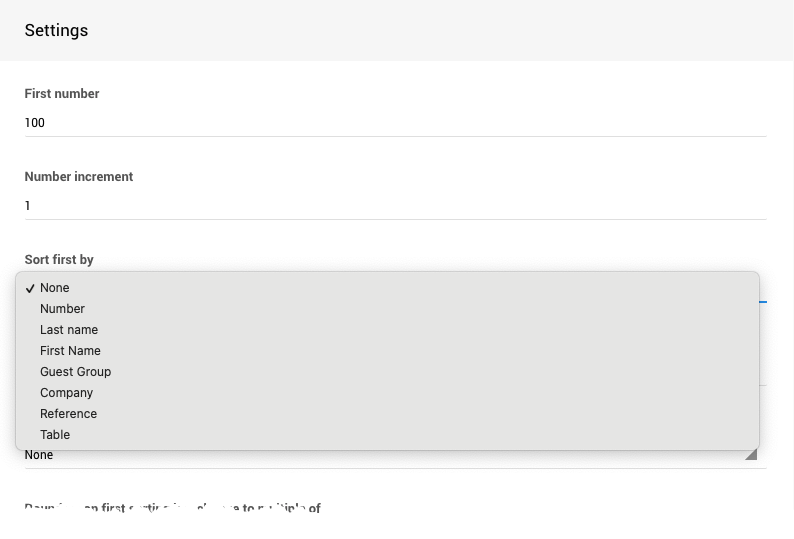 For example, your guests all have tickets and are "seated" at tables you are created in Auctria. If you want your Bidder Numbers to be relevant to your guest tables you can use the following configuration (see image below). This will number bidders at the first table start at 100, 101, 102, etc.; bidders at the second table would be numbered 200, 201, 202, 3tc.; and, so on. 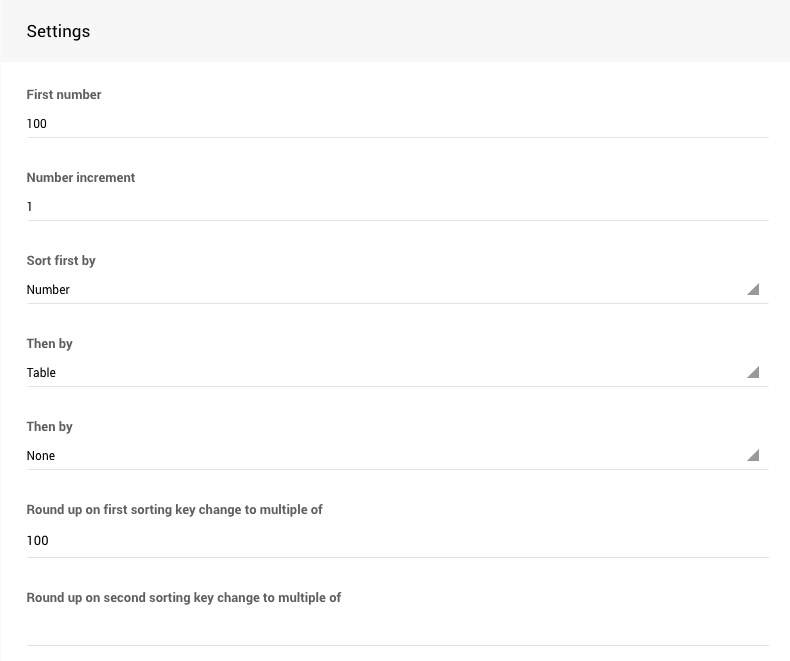 You can further configure your Bidder Renumbering by using the Choosing Bidders functionality at the bottom of the Renumber Bidders dashboard. The default will include All Bidders. 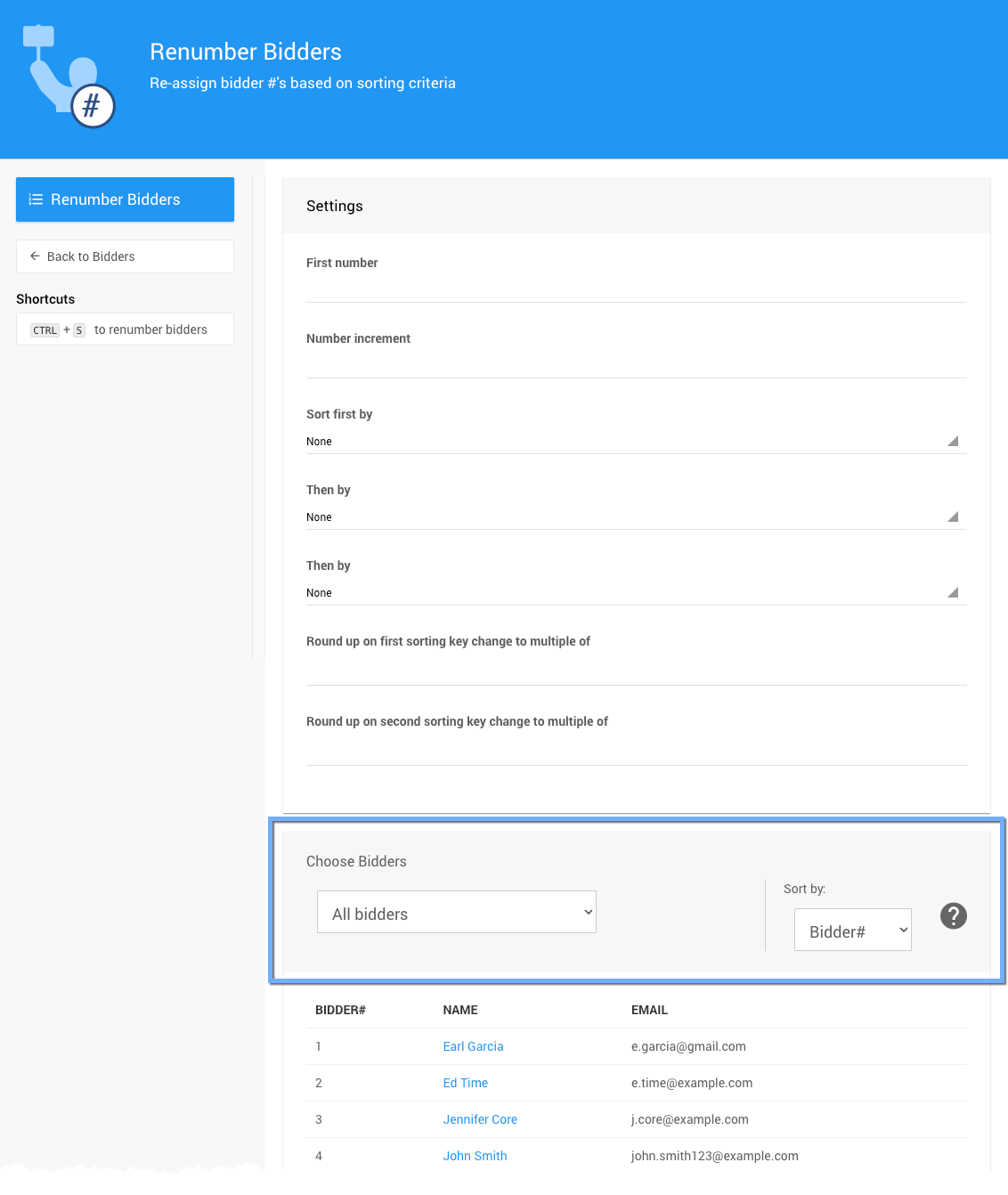 An example bidder list taken from an Auctria demo auction.

In the case of bidders linked before being renumbered, these bidders would remain linked and use the same "new" bidder number going forward.

Bidders can be selected using the drop-down selector of the Choose Bidders section. 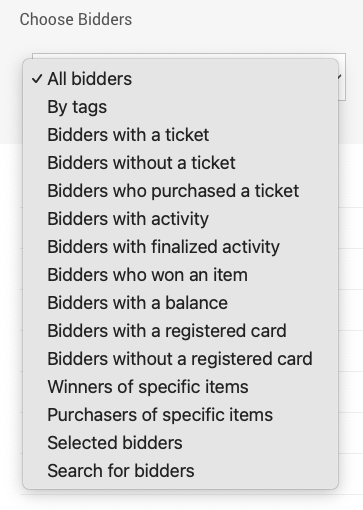 This selection can also be sorted further by using the Sort by drop-down selector. The default is by Bidder#. 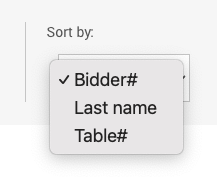 When the correct bidders to be renumbered are listed, click Renumber Bidders under the Actions sidebar.

The Renumber Bidders Action cannot be undone (although you can Renumber Again afterward). There is no preview of the changes that will be made.

After clicking on the Renumber Bidders button, a confirmation message will appear reminding you the action cannot be under. Clicking "Continue" will proceed with the action.

An example taken from a demo auction. 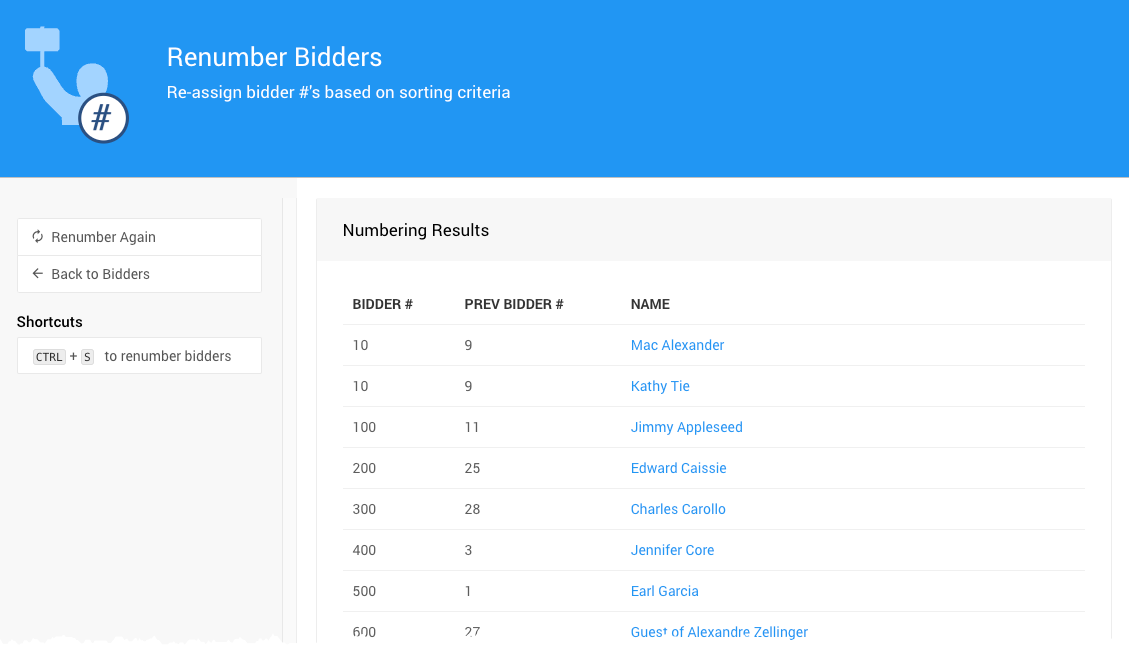 An example of the Numbering Results providing a before and after Bidder # list.

If you wish bidder numbers to have letters integrated, such as #100b, the Bidder Numbers would have to be manually changed in each Bidder Details page.