To change individual bidder numbers, open the bidder detail page for that bidder and edit the bidder # manually.

You can also renumber multiple bidders in batches.

On the Bidder Dashboard, select Numbering

Next, set up to 3 sorting levels.

Use the Choosing Bidders functionality to select the bidders to include in the renumbering. 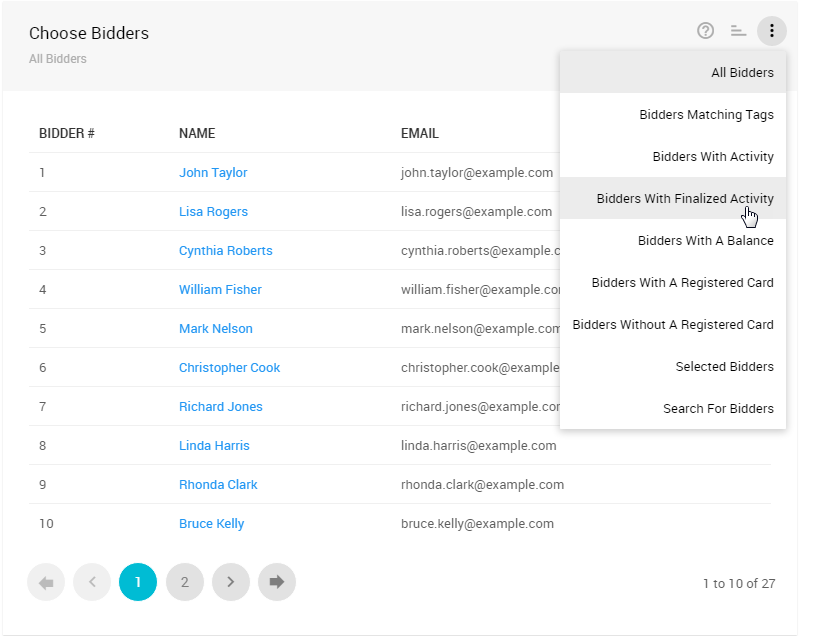 When the correct bidders to be renumbered are listed, click Renumber Bidders.

In the case of bidders linked before being renumbered, these bidders would remain linked and use the same "new" bidder number going forward.

A confirmation message will appear and the renumbered bidders will be listed.

If you wish bidder numbers to have letters integrated, such as #100b, then the numbers would have to be changed in each Bidder Details page individually.