In Auctria, Image Sizes (or "dimensions") can play an important role where they are used.

A Full Width Image is one used to span the width of the auction website. These types of images are often used with, for example, Coming Soon, Save The Date and other similar pages where you want to have a large image to capture the visitor's attention. 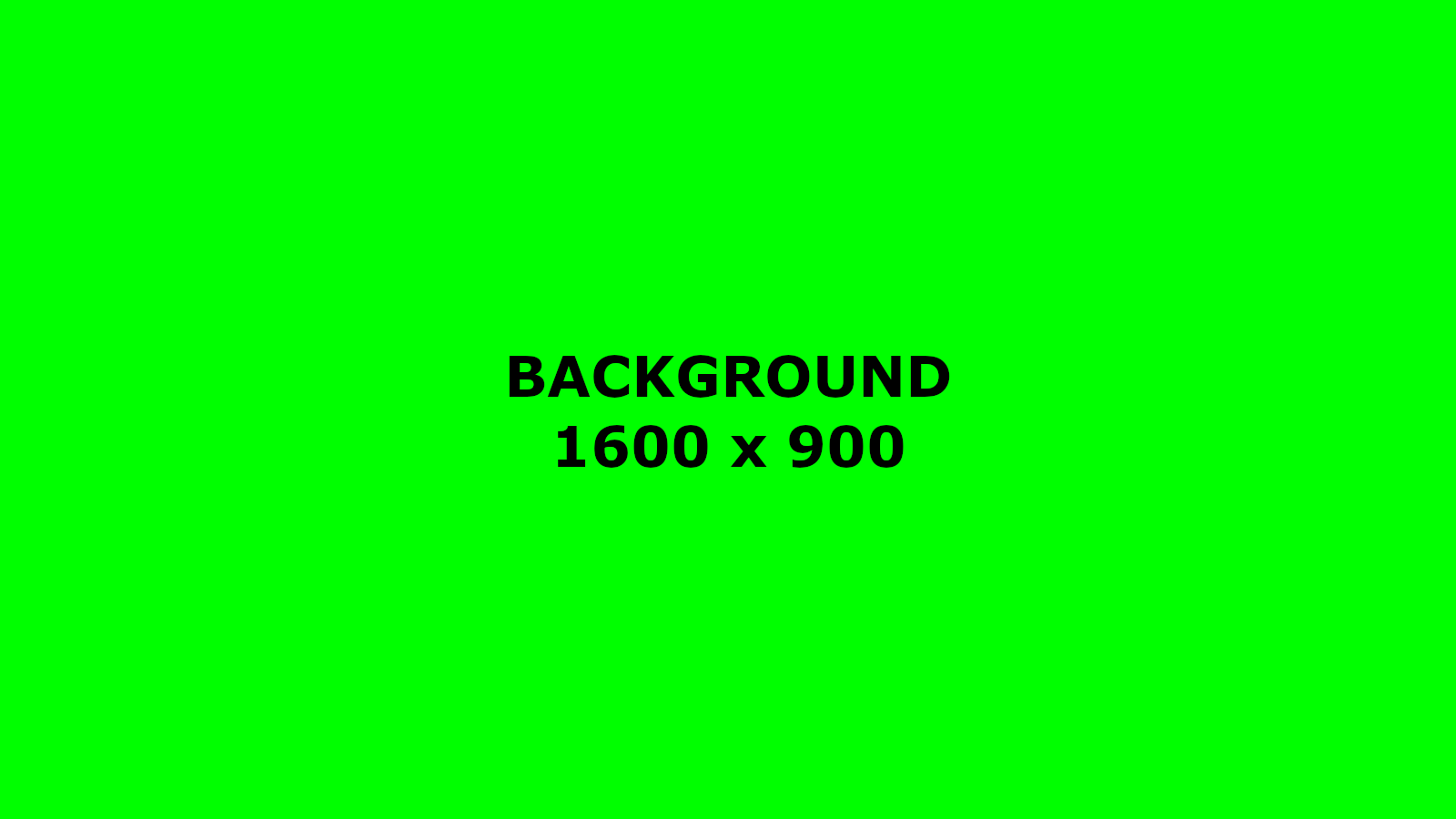 For Background Images, a good "rule of thumb" to use for width would be approximately 1600px wide (which works out to approximately 1200px or 900px, respectively, for the height dimension depending on the aspect ratio of the image). In most cases, the auction website will manage these images to stretch of shrink (while maintaining their aspect ratio) to fit into the space where the image is being used. 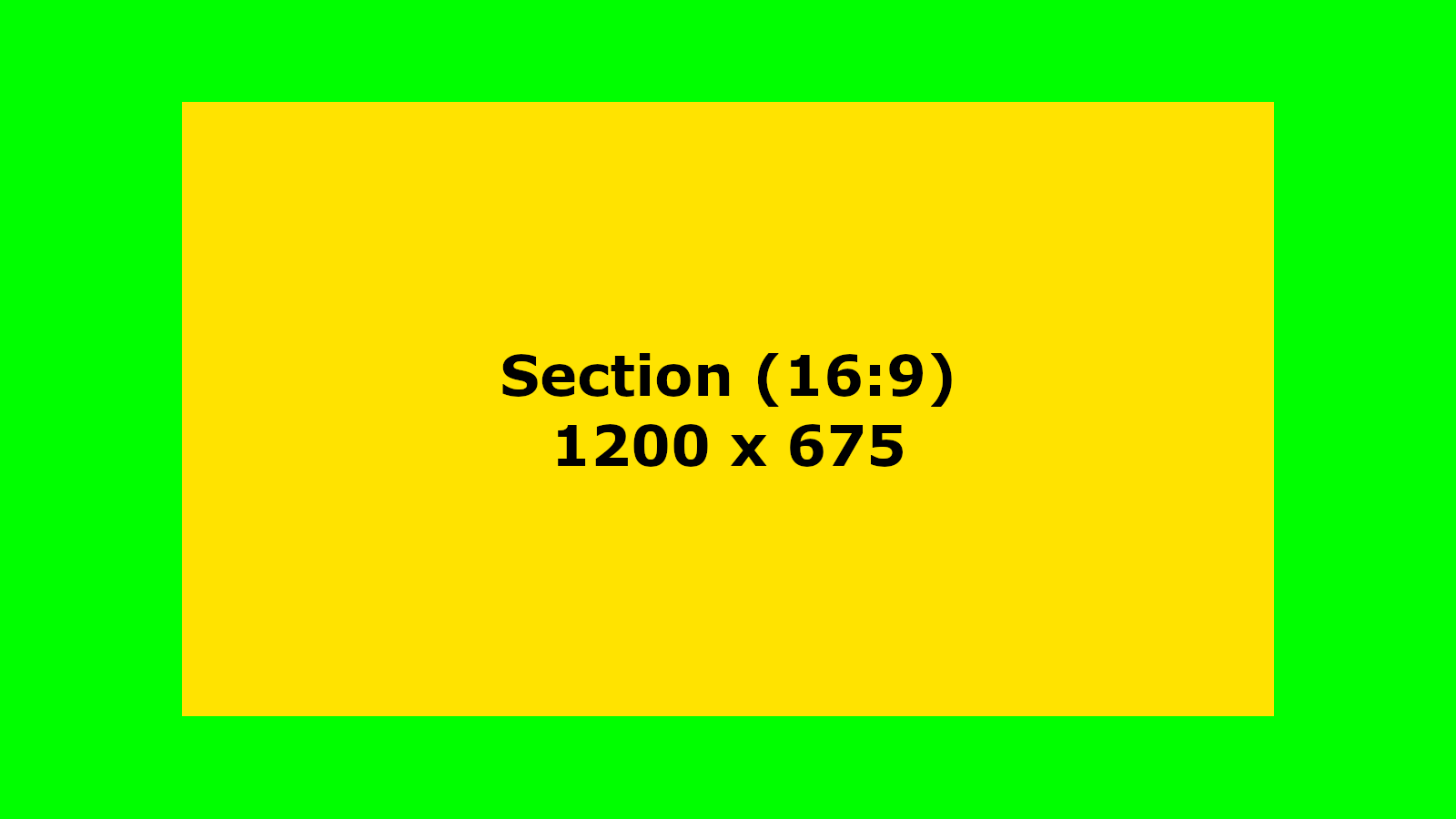 An example of a solid color section background filling its width but not the full width of the page. *

Images used for a Section do not need to be as wide as a Background Image and can often times be used at a 1200px width (approximately 900px to 675px for height based on aspect ratio) to work well within an element or section of the auction website. 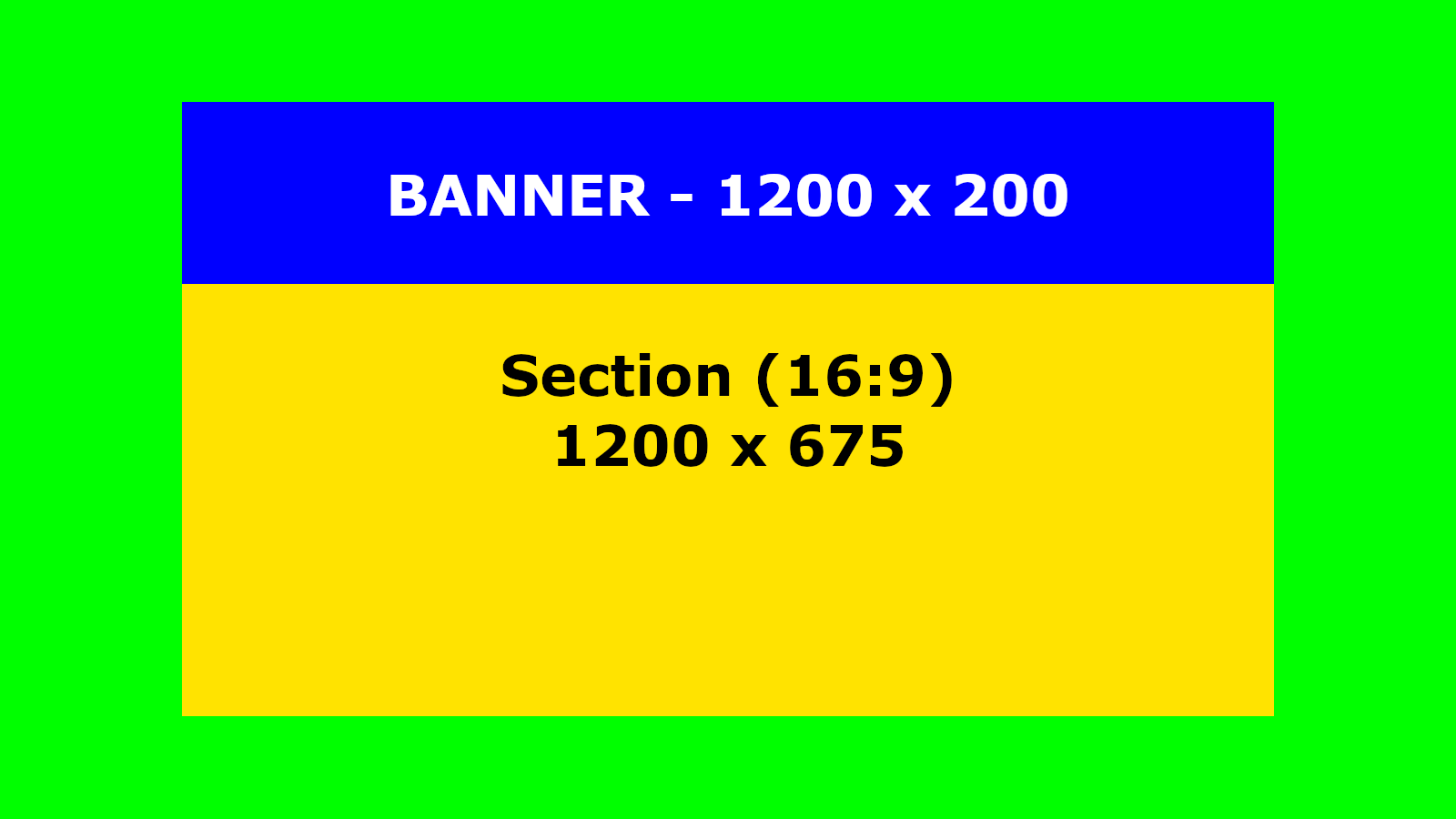 An example of a solid color banner filling the width of the section it is in. *

Banner Images are a special sort of Full Width/Section image where you want to use a full width image but the height dimension will generally be much smaller in comparison. When creating a Banner Image, you can often start between 4:1 and 8:1 aspect ratios.

An image in the range of 1200px x 200px, or a 6:1 aspect ratio, would work well in most spaces where you want to add a Banner Image to your auction website.

IMPORTANT
In general, do not have text in your Banner Image. The text may be readable in desktop views although in mobile views the text may be too small to be read easily. Instead, use a Text Element inserted in a row below (or above) the banner for this information.

The example images are using arbitrary sizes based on a 16:9 aspect ratio with the exception of the "Banner" using a suggested size recommendation.

In the case of Half Width Images you would still be looking at the same ideas as a Full Width Image although at a smaller width, generally about 600px. Also to note, this width works well in most cases related to event items as well as any other spaces where a non-Full Width image could be used. 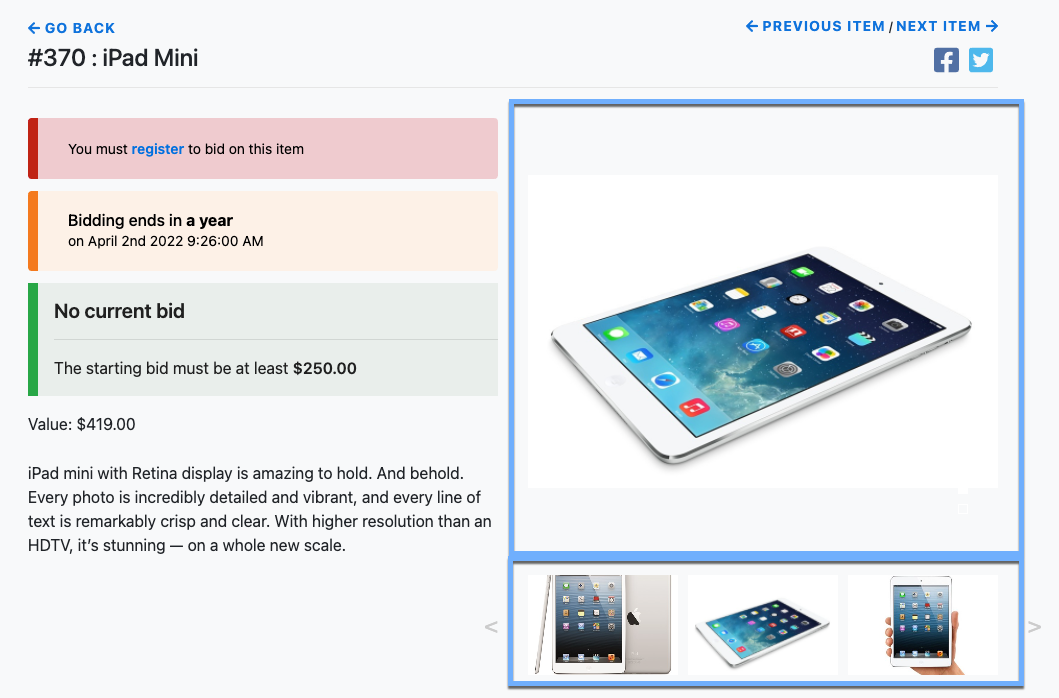 For Item Images, given the layout of the Item Details page, using a Half Width Image is often best and, in general, a minimum of approximately 600px as the shortest dimension for width or height.

IMPORTANT
When using multiple images for an item a small image carousel will be created. For this image carousel to look its best, these item images should be as consistently sized as possible where ideally they have the same aspect ratio and dimensions.

Also to note, in the Item Catalog, under its Catalog Style properties for the item cards, there are options affecting how the item default image is displayed.

In most cases, using a square (1:1 aspect ratio), 4:3, or 16:9 image aspect ratio for Item Images will produce the best results with the default Item Catalog styles as well as using a width in the range of 600px to 1600px. 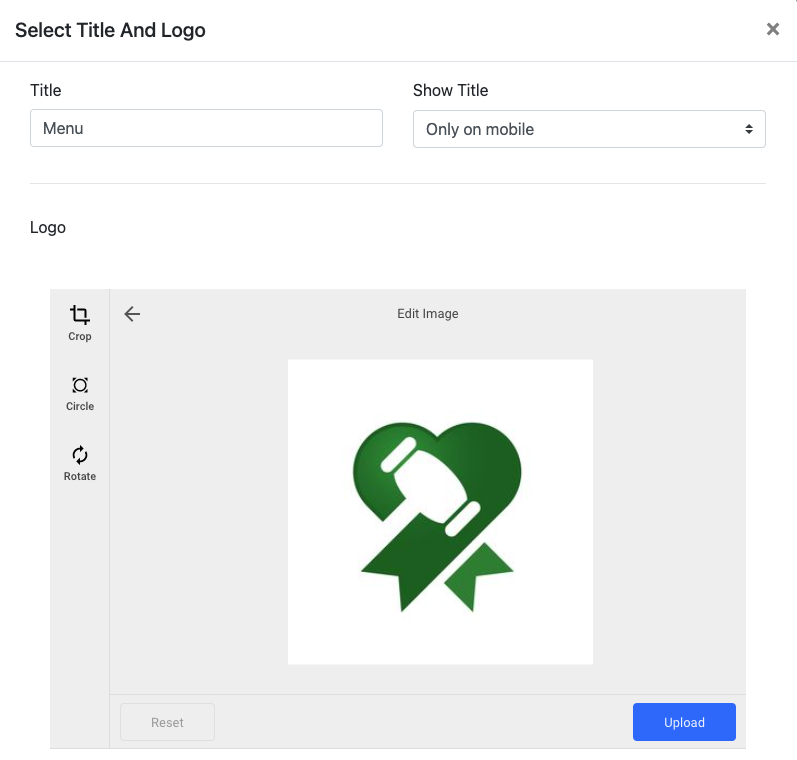 An example logo image being selected for the "Header" element.

For Auction or Organization (or donors, sponsors, etc.) Logo Images, you will be uploading an image under the appropriate Images or Logos tab using the default Add Image functions.

An example "Donor" logo image. Note the "Default Image" will be used as the "Logo" image.

It is generally best to go with the more common image aspect ratios of 1:1, 4:3, or 16:9 as most elements using these logos work best with these dimensions. The actual dimensional size is not overly relevant for most Logo Images although following the Half Width Images size as a guideline will work well.

Also to note, in many cases, a Logo Image using a "square" aspect ratio and dimensions of 300px x 300px will work very well.

Long and short images or tall and thin images are not recommended for Logo Images.